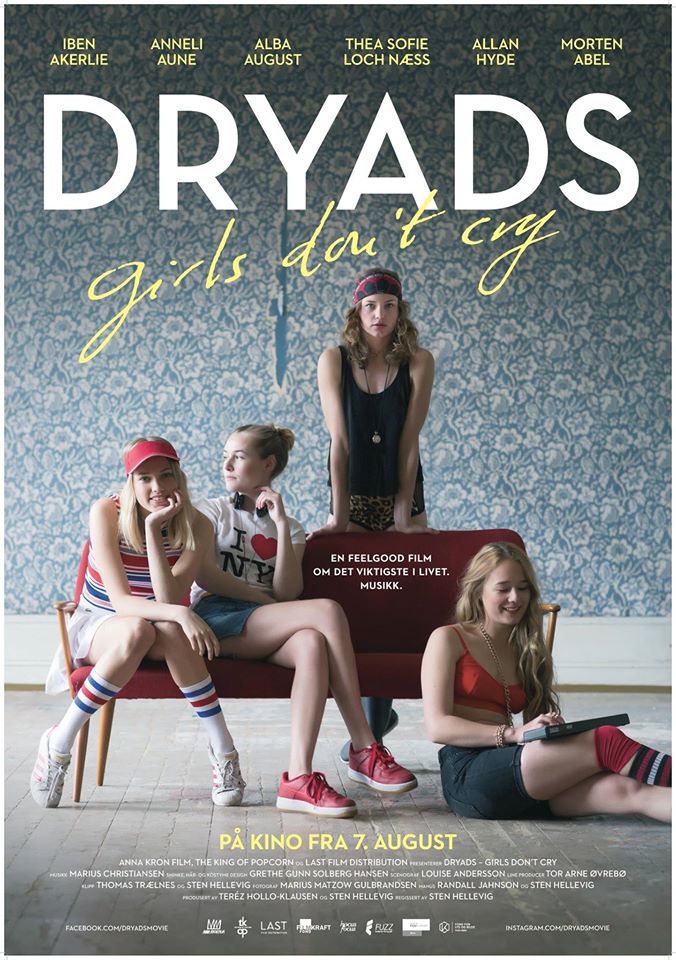 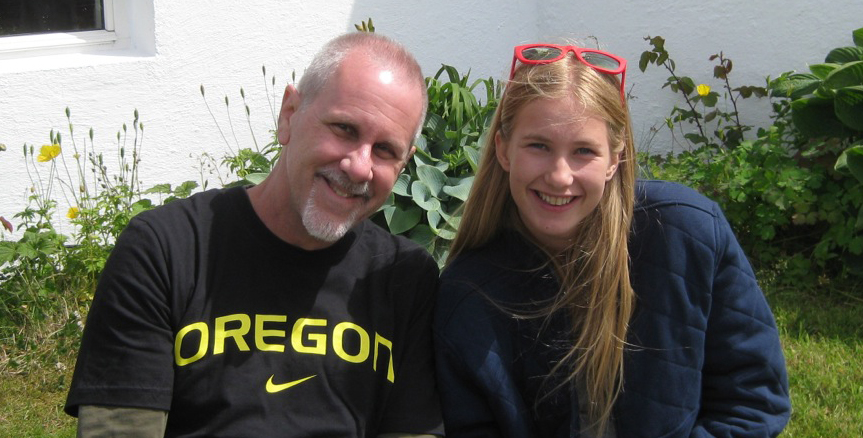 You play Colton, the gritty son of legendary mountain man Ned White. For years you and your father have roamed the Rocky Mountains, hunting and trapping. One day, while delivering a payload of meat to a steamer on the upper Missouri River, renegades attack and all hell breaks loose. In short time you’re launched on a sprawling quest to find the men behind the attack – and Ned’s death – only to discover that nothing is what it seems to be – even your own identity.

The call came out of the blue. It was an agent who covered New Media at my agency. “How would you like to write a video game?” he asked.

“Love to,” I said. “I’ve always been interested in the medium.”

The agent went on to say there was this company called Neversoft and they wanted to make a Western game and they read a script of mine and really liked it and wanted to meet with me to discuss it.

“Great, ” I commented. “I’ll be available in a couple weeks.”

“I think they want to meet sooner.”

“They really really want to meet you.”

“You don’t understand – they’ve read a lot of scripts and they like yours the best and they don’t want to wait around.”

Two hours later I was driving west on the Ventura Freeway. Before I went out the door, the thought crossed my mind to bring the replica Civil War Navy Colt .44 revolver I had displayed on the fireplace mantelpiece. Better not, I told myself. Remember what happened last time when I pulled it out in the midst of a meeting about Civil War guerillas. The studio people blanched and nearly called security.

When I arrived at Neversoft I was ushered to where the company’s braintrust sat. Director of Development Scott Pease was slumped over his desk; Lead Designer Chad Findley had his boots up on his desktop; company CEO Joel Jewett looked just plain ornery behind his bushy handlebar mustache. And all three of them were either twiddling with or had within reach a big hog leg replica pistol like mine.

“King of the Road” was originally one of three segments that composed the pilot movie for Two-Fisted Tales, a Fox TV series based on the eponymous comic book line. (The other two segments were “Showdown,” written by Frank Darabont and directed by Richard Donner, and “Yellow,” directed Robert Zemeckis and written Jim & John Thomas and A.L. Katz & Gil Adler).

When Two-Fisted Tales failed to earn good ratings, the show’s executive producers – Donner, Zemeckis, David Giler, Walter Hill, and Joel Silver – divided up the pilot’s three segments and slapped Crypt Keeper bookends onto them. Suddenly, they had three new episodes of “Tales from the Crypt.”

My episode, “King of the Road,” was an original script; it was not based on either comic book series.

I visited the “King” set the night they were filming the opening drag race.

As the stunt drivers were settling behind the wheels of their respective cars, I asked director Tom Holland who was starting the race. He looked at me with a twinkle in his eye and yelled, “Wardrobe!”

The next thing I knew I was wearing a black leather jacket and standing with a flashlight about five yards in front of two revving muscle cars spaced a precious few feet apart. Before he scampered to the sidelines, the stunt coordinator leaned over and said, “If either car fishtails, be sure to jump in the air when they hit you. That way you’ll roll over the top instead of being run over.”

The cameras rolled. Holland called “Action!” I whipped the flashlight beam upward and the dueling vehicles blew past me, tires squealing, engines roaring.

I stood in their cloudy wake – happy to be upright. 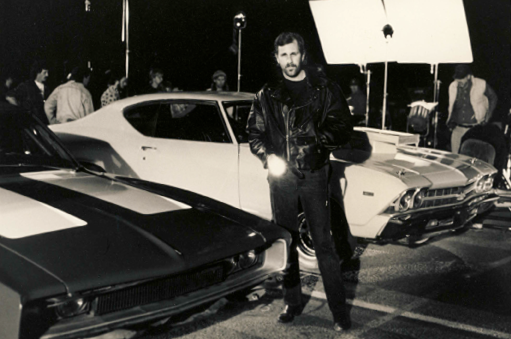 The lives of a photographer, clothing designer, songwriter, and an aspiring rocker intersect on LA’s legendary boulevard in 1972.

And in my case what might have been had a film called Sunset Strip turned out differently.

It was one of the easiest gigs I ever landed; producer Art Linson (Fast Times at Ridgemont
High, The Untouchables) hired me after just two brief meetings. He had the notion to do a movie vaguely based on his earliest experiences in the entertainment biz – working for record producer Lou Adler (the guy with the long beard and sunglasses who sits next to Jack Nicholson at Lakers games).

Adler produced the Mamas and the Papas, Spirit, and a host of other artists in the late ’60s, and Art was his assistant. He saw a lot. Surreal, funny, twisted stuff. And because I was a music junkie and had grown up listening to and reading the liner notes of my older brothers’ record albums, I knew what he was talking about. When Art said Robbie Robertson was his best friend, I replied that Music from Big Pink was on my Desert Island List; when he mentioned in passing if I knew who David Briggs (another pal, recently deceased) was, I answered, “Neil Young’s long-time
producer. He also produced one of the greatest most-underrated albums ever – Twelve Dreams of Dr. Sardonicus by Spirit.” Art seemed to be impressed.

Working for Art wasn’t easy. He was blunt, gruff, intimidating, impatient, and exacting. I liked him a lot. He was smart and said what he meant. He hammered me hard (“This dialogue is awful – do it again!”) and I became a better writer as a result.

I still remember coming home and hearing his message on my answering machine after he’d read my final draft. His voice was uncharacteristically calm. He said he wanted the script kept under guard, make certain it didn’t leak out on the Internet. As he went on I realized he was trying to contain his excitement. He was stoked.

Few moments in my career have made me happier.

That’s why I still scratch my head over what ultimately went down and wound up on the screen. Apparently Art does too. He devoted an entertaining chapter to it – “Sunset Stripped Naked” – in his 2002 book, What Just Happened?: Bitter Hollywood Tales from the Front Line.

But even after reading What Just Happened? I can’t say I understand what happened on Sunset Strip. And sometimes, usually late at night when the doubts and demons like to take flight, my mind wonders about what might have been…

Sunset Strip opened for one week in one theater in LA. The tag line for the poster read, “The Ultimate Address For A Dream.”

Too bad the Dream was dead on arrival.

Being rewritten is never fun, often painful. Unfortunately, in the day-to-day business of Hollywood it is becoming more and more commonplace.

In the case of “The Mask of Zorro” I was the first of what would ultimately be nine screenwriters who worked on the movie. Only four received credit.

At first I was angry about having been rewritten so much. But as the years have passed, I now see it as amusingly appropriate. This stems from the fact that the Zorro franchise itself is a series of appropriations, revisions, and embroidered facts.I feel fortunate that I was one of them, especially after the basic story I laid out in my first draft – the Old Zorro mentoring a Young Zorro (the brother of bandit Joaquin Murieta) to take his place and exact revenge and retrieve his daughter – weathered more than 25 revisions. 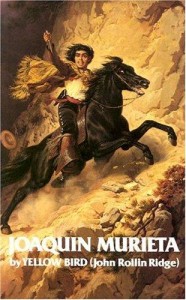 There is no doubt in my mind that Johnston McCulley, who created the Zorro character in “The Curse of Capistrano,” a pulp magazine serial published in 1919, was inspired by the California Gold Rush bandit Joaquin Murieta. McCulley was a former-newspaper reporter-turned-author and amateur historian. He would have been well aware of the Joaquin saga, even with the most cursory research.

In his book Anybody’s Gold historian Joseph Henry Jackson questions whether Joaquin ever existed at all. And if he had, was he an individual or a composite of several Latino outlaws operating in the Mother Lode in the early 1850s.

One contemporary account says he was originally from Chile. Others state he was Mexican. Spanish was added later. And of course he could have been a native Californio, too.

What is known is that for the first three months of 1853 a criminal answering to the name of Joaquin terrorized the California Gold Rush country. He and his band were responsible for at least 24 murders – mostly defenseless Chinese placer miners – before Captain Harry Love and his California Rangers claimed to have ambushed and killed the outlaws. As proof, Love “lectured” throughout the state with the severed head of a Latino male preserved in a large glass jar. In those days before forensics, the veracity of Love’s claim could not be determined. (The head was lost in the San Francisco earthquake-fire of 1906.)

Little more than a year later in 1854 the scant facts about Joaquin were collected, embellished, and sensationalized in a 90-page book titled The Life and Times of Joaquin Murieta, the Celebrated California Banditwritten by Yellow Bird.

Yellow Bird was the Indian name of a young San Francisco journalist, John Rollin Ridge, himself a somewhat-fabricated identity. Ridge was a half-blooded Cherokee Indian whose tribal elder father was involved in the signing of the agreement that led to the removal of the Cherokee from their native Georgia to the Indian Territory of Oklahoma via the infamous Trail of Tears. Later, his father was murdered by an enemy tribal faction. Ridge vowed revenge and killed one of his father’s assassins before fleeing to California in 1850.

After failing as a miner, he drifted to San Francisco where he began writing for newspapers. Shortly thereafter he heard the story of Joaquin and began work on the book that would romanticize the outlaw into a Robin Hood-like character. Perhaps in the Joaquin story he saw a way to express the injustice he had experienced in his own life.

Ridge’s slim volume would spawn a generation of Joaquin stories. There would be dime novels, serials, plays, “authentic” histories, each one by a different author, each one pirating the facts and perpetuating the myth.

On the heels of this came Johnston McCulley who, I’m sure, took the folkloric image of the wild-eyed, stallion-mounted Joaquin, gave him a mask, a cape, and some manners to create the swashbuckling Zorro.

When I came aboard to write the screenplay, I wanted to compose a story that would unite the modern hero with his 19th-century roots. Little did I know that my contribution to the franchise would get trundled over by so many.

But I can’t complain. In this case getting rewritten is not an injustice – it’s a tradition.